London’s A-P-A just wrote an article about… me! Check the Beak Street Beagle’s page below” 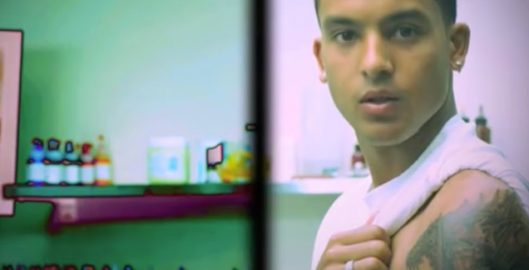 Despite his polite American accent, Charles Joslain insists he is 100 per cent French. Born in Nantes and growing up in Paris, his love for storytelling can be traced back to his upbringing by his mother. He didn’t really know his father and bluntly describes him as “a bit of douchebag” when we sit down for lunch in an unassuming Italian-run café near Hatton Gardens. Caught between the firm conservative morals of his mother and the liberal philosophies of his teachers, he decided to stop listening once he reached adolescence.

Stories were his rebellion against the moralising adults in his life. “A story presents an argument to you and you agree or disagree or fashion your own view,” he says. “As opposed to a lecture. I thought ‘that’s what I want to do.’”